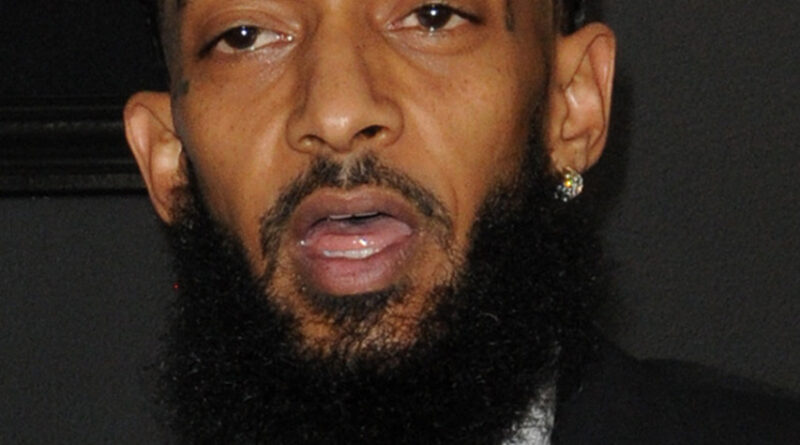 On Aug. 15 on what would have been his 37th birthday, the late Grammy-nominated rapper, entrepreneur and philanthropist Nipsey Hussle’s was honored with a star on the Hollywood Walk of Fame.

He is the 11th rapper to have a Walk of Fame star.

Hussle’s fans, family and friends from the industry attended the ceremony.

“I think I speak for the entire city of LA when I say that we’ve known Nip was destined for greatness,” said Lauren London, Hussle’s longtime girlfriend who spoke at the ceremony. “This moment only amplifies that for us. Nip would have been honored by this moment. I think he would want everyone to remember that you can’t get to what’s possible unless you commit to moving forward. It doesn’t mean forgetting where you come from, but it requires acknowledging the reality you were born into and the power you have to change that reality for the better.”

“Today, on his born day, we finally got him a star on the walk of fame. Rest in Paradise Nip” Assemblymember Isaac Bryan (D-Los Angeles) a guest in attendance at the 30-minute ceremony posted on Twitter.

Born Airmiess Joseph Asghedom, Hussle was a Los Angeles native who rose to fame in the mid-2000s. After gaining notoriety locally following the release of a string of mixtapes, his gritty sound and inspirational spirit captivated listener’s imaginations. He became more famous as he sold physical copies of his mixtapes for $100 each, an unheard-of strategy given the music was available digitally for free. This declaration of self-worth caught the attention of his fans and the music industry at large. Jay-Z famously bought 100 copies of the mixtape in a show of respect and support.

His impact on the community impact grew with the opening of his Marathon clothing store in the heart of the Crenshaw commercial district. The store gave customers access to exclusive music along with the clothing. Hussle would go on to buy the entire shopping mall that surrounded the Marathon clothing store, in which he invested in STEM technology workspaces and housed other local entrepreneurs.

On March 21, 2019, Hussle was killed outside of his Marathon store by Eric Holder who last month was found guilty of first-degree murder. Following his death, there was an outpouring of tributes. People in his community, across California and around the country honored his life with murals, vigils and other remembrances, reflecting the impact Hussle had on California and the hip hop community worldwide.

While the Marathon store has closed, the location remains a memorial to Hussle where fans pay daily tribute to his memory. There are plans to open a second store on Melrose Avenue. However, no date has been set for its opening.

Writer and sports media personality Justin Tinsley narrated an ESPN 30 for 30 special about Hussle and his close relationship with athletes and the sports world, particularly LA Sports.

“That star on the Walk of Fame is symbolic of so much,” said Tinsley. “Nipsey is one of those people who will always be remembered, yes, as an incredible rapper. But even more than that, he was a man who had a vision for himself and his people. He put that into action and the result of which will keep his name alive for generations of Black folk. That’s so beautiful and it’s inspiring that he cared so much to do everything he did. But that star is also symbolic of everything we lost with him to. Everything he was yet to think of. Everything he was supposed to do and accomplish.”

Tinsley said he feels the sadness following the senseless murder of Hussle still lingers amongst his supporters but that the joy, pride and motivation he brought to many cannot be forgotten.

“Losing Nipsey in the physical sense will never truly make sense. It’s something God — or whomever you pray to — can truly answer. But it’s such a blessing that we were all given the time to be impacted by him whether up close and personal or from afar. And through all the pain that’s still there — and will always be there — that’s how we got to look at it. Grief is a very real emotion. But it shouldn’t be the only one when we talk about Nipsey Hussle.”

The concept of ‘The Marathon’ was a staple in Hussle’s music. Persevering through obstacles to reach your goal and enduring the pain that inevitably comes when striving for greatness. At the conclusion of London’s Walk of Fame induction speech, she referenced this concept and left a message for everyone visiting Hussle’s monument.

“Whenever you’re in the City of Angels and you see this star, I hope it encourages you to break away from whatever might be holding you back and for you to run your marathon until God says that it is finished,” she said.

A Painful and Still-Present Memory: Honoring the Lives of Holocaust Victims 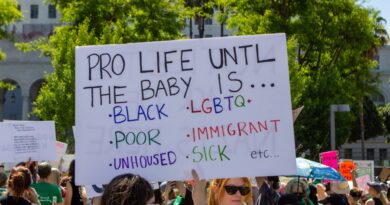